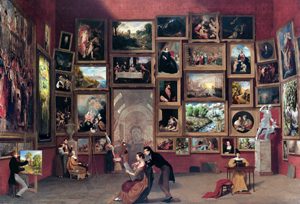 How Art Collecting Can Be Fun and Profitable
Without Even Trying

It is easy to mistake art appreciation as a dull and solitary preoccupation, but in fact, it can be viewed as a spectator sport when approached as a great way to encounter people of like mind, good taste, and discernment…maybe. Under the right circumstances, you may meet some celebrities and wealthy patrons who have no taste or discernment whatsoever. At the very least you’ll meet others who, like you, are becoming sophisticated art connoisseurs, and hopefully profiting by it. Think untraceable Bitcoins.

This article is the first in a series of Beginner’s Guides to Art from Art Twerks, composed by our panel of experts, all of whom boast of highly inflated credentials. We estimate the series will continue for as long as we are able to decipher the nonsensical scratch marks they submit to us.

Once upon a time, in the distant past of our planet, even before there was any concept of space aliens visiting this world—or even worse, politicians—someone somewhere, either by accident or aforethought, made a mark on the ground or on a stone, or on a piece of wood. Perhaps even on another’s body? From this mark or “scratch” came the idea to extend the scratch into a line. Perhaps first a straight line and then a curving line. Or maybe it was the other way around. Regardless, at some point, the thought arose that marks and lines might be used to depict fanciful shapes or even objects seen in the material world, or in one’s imagination, such as stock chart patterns. (For more on this fascinating subject, please refer to the Art Twerks postings on pattern recognition in art and in nature.) And thus, art was born. 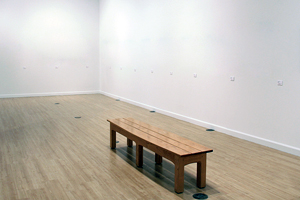 The manipulation of various found materials into visual objects must have been viewed by primitive cultures as “magic,” and it would not be a stretch to imagine these figure-makers were viewed as “special.” In prehistoric times, these special people were often believed to be able to perform miracles, such as curing illnesses, fixing injuries, helping attract animals for hunting, or contacting the spirits of departed commodities analysts for insider tips—all very important needs in primitive tribes around the world. In later times these “specialists” would be known as shamans in some cultures, or as “brokers” within the sacred valley of Wall Street and its international equivalents.

Early people had yet to discover the all-important lesson of how to monetize these unique skills. But in today’s art world, people everywhere have the opportunity to succeed, whether they are exceptionally talented or not. It’s amazing what a well-connected dealer and little bit of marketing hype can do for a career.

Some of the most remarkable early works of art are cave paintings like those discovered in Lascaux, France. This location is not to be confused with Lasky’s Cave, which was an early 19th-century peep show parlor outside of Paris. The ancient images found in actual caves were of a different character—much more refined and substantive. This early period of human development is referred to by our in-house experts as the Scratch Epoch, which predates the Analog Epoch.

Images similar to those at Lascaux were also found in Argentina at Cueva de las Manos, and at other locations around the globe, including New York City, where during the mid-20th century, paleontologists and ethnologists could be found scouring all available wall surfaces, subways, and tavern restrooms for aboriginal imagery to decipher. Eventually, most of these intrepid explorers gave up all hope of understanding the true meaning behind the primitive scribbles, which were immediately monetized and  marketed as a revolutionary new art “ism.” 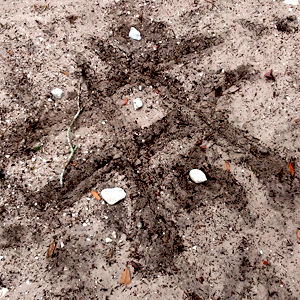 This all brings us to our big revelation regarding these early images. Contrary to popular belief, after much questionable analysis, our research team here at Art Twerks has come to the conclusion that those early cave paintings had nothing to do with art, per se. Instead, they were early forms of record-keeping and charting having to do with livestock commodities futures. And those handprints? Paleo-bidding—pure and simple. They are most likely contractual signatures of buyers and sellers or graphic representations of early trading pits.

Unlike in more recent times, where the so-called “pits” are on the trading floor of a commodities exchange, scant evidence shows that those in prehistoric times were actual pits in the ground, where traders were kept during market hours. By analyzing nearby stone carvings used for solar alignment, we can conclude that this period could last for days, if not weeks.

During this time, however, the pit workers would have been sustained with ample amounts of water, or some kind of liquid, if and when available, and all the offal they could eat. By prehistoric standards, this was “Easy Street.” No need to go out and hunt-and-gather for your supper. It wasn’t until much, much later, during what is now known as the Neo-Bidding Era that the bidding process was moved into the more comfortable confines of dark and dingy caves. The shouts of prospective bidders must have created a cacophony of echoes. Some have suggested this was also the source of inspiration for Wagner’s operas.

The Art Twerks antiquities researchers remarked that all the handprints on prehistoric walls are of left hands. Their hypothesis is that ancient pit traders were restricted to using their left hand only, in order to operate the digits of their right hand as a counting device. However, several members of our highly-scientific staff disagree with that theory and postulate that since this was occurring at such an early stage in human evolution, it is quite possible that we are seeing evidence of the bodily condition prior to the invention of the right hand.

This early left-handed evidence might explain the origin of the much later scriptural passage, “…do not let your left hand know what your right hand is doing,” further proof of our researchers’ claim that the right hand was not yet invented. 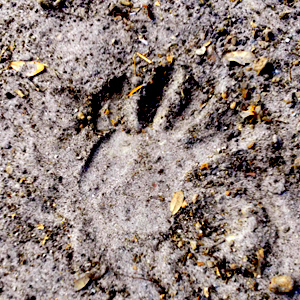 In the early 18th century, Western researcher and part-time croquet teacher Maxius Kronhauer, together with an Eastern colleague by the name of Hazmat Bouli, wrote a paper that they presented to the now-defunct Paris-based Société Humanum Internationale Transmutius, which delved into the mysteries of early human development using the Passitov method. This approach is named after the 16th-century Siberian vodka dealer Ivan Passitov. His method eschews so-called scientific research that employs time-consuming and expensive empirical studies. (More on Comrade Passitov in a future article…perhaps.)

In modern times the Passitov methodology is experiencing a resurgence in certain political and market-based ideological circles. With people’s current busy schedules and brief attention spans, it’s much more practical to simply say, “Trust me. I know for a fact it’s true.”

So there you have it, dear reader. Our first installment of the Beginner’s Guide to the Expert’s Guide on Art. We leave you with these thoughts to ponder—that is, when you’re not busy frittering away your life on Wastebook or Twittle.