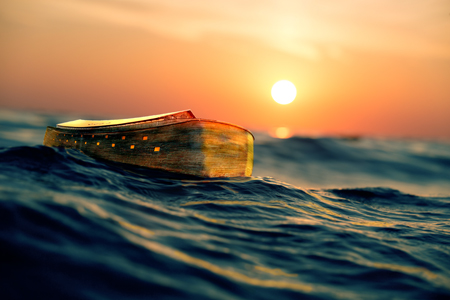 Regular readers will recall, with a certain amount of olfactory relish, the 1989 exhibit “Noah’s Sweepings,” brought to us by that fundamental artist known as Aartt Krrapp. To acquaint those art aficionados who missed his memorably pungent pile — provocatively left steaming in the annals of art history — here follows a refresher for the senses with a little whiff of history.

Aartt Krrapp (not his real name, we suspect) collected the droppings of 1,000 rare animals each unwittingly contributing a mere pound, including (in no particular ordure) the Congolese inedible frog; the pin-headed trump; Darwin’s unicorn; the never-spotted baby pigeon; the middle-fingered sloth; the grubby senator, and its symbiotic sidekick, the lackluster toady; the Rhine stoned cow; the Serengeti yeti; and all those other improbables paraded before us on a ROVA television special, “No Kidding: the Making of Noah’s Sweepings.”

As we saw on that legendary documentary, inside the exhibit there lurked a conveyor belt delivering the excrement to the world outside the gallery via a pulsating giant sphincter. In a surprise art attack, the ton of number twos then hit a whirling, solid-gold fan, which so effectively covered the masses with effluvia. The original assembly of worthies included well-known fellow artists, art historians, public gallery directors, and other coteries of Krrapp appreciators. The crowd loved it; they got it — right in the face. The dried and stained clothing from those famed and ardent attendees has been selling on eBay for thousands. At the end of the show, the remaining organic material was expertly collected and then carefully cocooned in a bomb-proof container by conservators who are no doubt well-trained in this sort of stuff. Like Krrapp’s previous works, “Noah’s Sweepings” was sold to an anonymous collector for an unnamed sum. The collector plans to install it in his (or her) palatial bathroom between the “HIS” (seat up) and “HERS” (seat down) lavatorial fittings.

But the Devil whoops, as he whooped of old:
“It’s clever, but is it Art?”
~ Rudyard Kipling

To quote the artist in a rare moment of lucidity: “Shit, man, finding shit in a zoo is easy. Collecting what comes out of the little buggers in the wild really takes it out of you. We dump on animals, and I think it’s time they dumped on us. That’s why this is Real Art and not just some shit in a gallery.” When asked to explain his process further, Krrapp said, “Some of those, like, critters, like the Masters and Johnson’s trouser snake, for example, like nothing better than consuming ocean-going prunes, but something like the rainbow-haired clam (and there is really nothing like the rainbow-haired clam — it is like, unique among crustaceans) swallows everything in sight — it is insatiable! Finding the remains is the bigger job. I look upon myself as the first pre-coprolitic crap curator. Finding species feces before they fossilize and, like, fit the criteria is no soft option.” 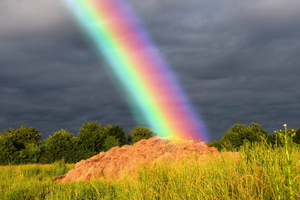 Animal protesters, although wary of entering the fray at the time, have since expressed their desire to see animals and their output respected. Lillian Teleologi, the vice-president of the Society for Protection of Organic Remains (SPOOR) said, “None of God’s creatures should be exploited in this way. As stated in all the world’s sacred texts, ‘The discharge that droppeth from the beasts of the field wheresoe’er it will, when it will, is none but their own business. He that eliminates it not shall not call it upon himself (or herself) to claim another’s own turd or turds (whichever is greater).’ The scriptures cannot be clearer. The originator and perpetrator of the work is the owner, and you certainly can’t unfling flung dung.”

Recently, however, a controversy has emerged: another pile of poop of questionable provenance is about to be sold at Anotherthby’s. Said a spokesperson of the famous auction hub, “We find ourselves between two stools. We wish to handle the goods of such a reputable artist as Krrapp, but would never soil our hands by selling fakes.” Off the record he or she is said to have said, “This is turning into a shit-storm of Hurricane Mary proportions. Our pile is one hundred percent legit shit, and to say otherwise is a crock.”

Interest in the sale is said to be high. Mind your step.

Links for the curious: