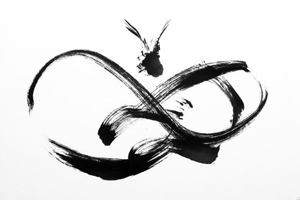 Moths Eat Their Way to Fame, Fortune,
and Controversy

Renowned entomologist-turned-bio-artist Hermione Merkin is rumored to have been selected as a candidate for an upcoming Turner Prize. Under consideration are her elaborate creations using several varieties of fabric-eating moths, which she has gathered from around the globe – some even from her own closet.

The varieties of moths employed by Ms. Merkin include Tineola bisselliella, Tinea pellionella, and Hofmannophila pseudospretella. More precisely, it is the minute larvae of these moths that do the actual eating of the various fabrics in order to produce Merkin’s distinctive works of art.

Near disaster was averted early in her career, when a visiting pest control service almost obliterated her colonies of moths by treating an infestation of escapees at the dry cleaning shop adjacent to her studio. Since then, Ms. Merkin has been keeping her employee moths (or, as she refers to them, her creative partners) in specially constructed compartments she has designed and refined during years of experimentation. 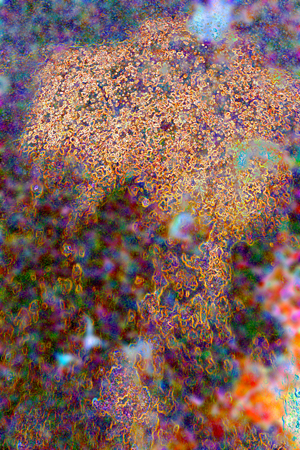 As for her artistic process, she has found ways to arrange various fabrics in such a manner so as to allow the moth larvae to eat through one type of fabric and change their course upon encountering the next level of fabric of a different density, or “taste.” Their banquet thereby produces layers upon layers of complicated lace-like patterns. These intricate patterns, each specific to the type of moth, are thus created intentionally by the artist – or so she claims – in her function as creative director of her specially selected and trained moths. “We admire the application of genius to nature,” states a former Turner judge who declines to be named. “Not to mention the fun – and profit potential.”

In addition to men’s and women’s clothing, Ms. Merkin is also planning a line of stylish moth-eaten designer wigs useful for occasions occasioning a “statement,” such as gallery openings, museum functions, academic conferences, and political events.

Ms. Merkin has also hinted at possible future collaborations with other biologically-minded artists and scientists to further their ideas. One such idea would involve termites that could create elaborate wooden buildings and sculptures by eating to their little hearts content. All of this would also be environmentally friendly, as it is all natural. No pesticides would be used.

As reported in a recent trade article in Mothy Balls Magazine, Ms. Merkin claims to have been inspired while rummaging through her parents’ attic one day, where she came across her great-grandmother’s old armoire. Ms. Merkin described how, upon swinging open the doors of the armoire, hundreds of moths came fluttering out and dispersed throughout the attic. As she admired the tattered, disheveled, and partially eaten remnants of her great-granny’s garments and linens, she was taken with the idea to do something similar, but in a more controlled environment and with a more considered artistic direction in mind.

Seemingly overnight, her artworks are in such demand that she has also started the Ella fashion line of moth-couture clothing. Ms. Merkin notes that she named her line after the last four letters of the moth species taxonomy. In fact, she affectionately refers to her delicate fluttery workers as her “little Ellas.” Although she was unwilling to go on the record, rumors are flying around like moths on a hot summer night that her stylish clothing line is being fought over by several big-name fashion brands.

Unsurprisingly, given the attention of the Turner committee, Merkin’s work has drawn controversy like (forgive us) moths to a flame. Ethical questions have arisen as to who is the actual creator of the artworks and clothing. Is it truly Ms. Merkin or the moths? Does her work represent a kind of cultural appropriation from the creatures from whom she has “borrowed” her ideas? Are the moths being exploited? Ms. Merkin did not disclose how many moths and larvae are in her employ at any given time, but she did state that they are all given names in order to create a more family-like working environment.

Complicating the issue further, various animal rights groups and civil authorities are debating the legal and financial aspects of her business model. Is it Ms. Merkin who should benefit financially from these products or is it the moths? And who owns the copyrights?

The wasting moth ne’er spoiled my best array;
the cause was this, I wore it every day.
~ Alexander Pope

Recently, even some theologians have entered the fray, espousing the concept that, in the final analysis, is it not God making the art? And should He/She/It not get a cut of the profits? And if so, how would the earnings be dispersed to said being? (Several community-minded clergymen have already volunteered to administer said funds.) These are all weighty questions that need serious consideration. Perhaps even require an interfaith conference?

The various parties have now found themselves summoned to district court to settle the matter. Ms. Merkin’s lawyers are in negotiations with the moths’ lawyers, who were appointed by the court.

In the meantime, Ms. Merkin’s business agent, Belinda Figbar, claims that all this fuss is overblown, and that worker’s unions are to blame for the uproar. Neither of the parties was available for comment on this issue. Regardless of the outcome, this appears to be a case that will not be resolved anytime soon.

Avid collectors everywhere anxiously await the outcome of this most interesting debate. The late great Joseph Mallord William Turner, for whom the art prize is named, would no doubt have wryly weighed in on this issue were he able to do so, as he was reputedly quite fond of clothing moths and was known to have some of these little “companions” in his garments when he traveled about.