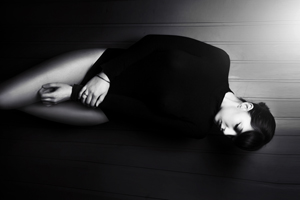 The Art of Death for the Living

The privately renowned conceptual artist and death aficionado who called herself Cyana de Nyde was recently the victim of her own performance art. Due to the secretive nature of the performance, we are not yet certain if her death was accidental or part of the performance in order to promote her signature line of perfume, Eau de Morte. Her business agent and handler, Boris Kazzatov, told us that more information would be forthcoming following an autopsy. He even teasingly hinted at the possibility of a video exhibit depicting Ms. De Nyde’s autopsy and dissection, with parts of her eventually being offered for sale. This scintillating possibility appears to have left her most rabid followers holding their breath. Literally.

The show, called Getting A Head, part of her series of Dead Serious exhibitions, focused on handy fatality methods wealthy art collectors and business moguls could use to their advantage for fun and profit, at home or at work. Sales were brisk. Unlike her previous exhibits – which showed only photographs, manikins, and paintings of dead people and the various methods of achieving death, usually for others – this latest show offered actual instruments and potions for sale to invited guests. Due to various inconvenient laws against promoting the natural act of death in certain countries, this particular exhibit was held at an undisclosed Freeport.  Invitations were issued solely via personal phone calls to a selected group of collectors, including several heads of state. One of Ms. De Nyde’s most avid fans was a surprise guest speaker. His subject dealt with a notorious incident in which he had allegedly caused the sudden demise of an unsuspecting pedestrian on 5th Avenue in New York City, and still managed to stay popular with his supporters. His remarks were received with enthusiastic applause and knowing winks.

Part of Ms. De Nyde’s message in her art has always been that it is far easier to achieve the state of what we call “death” than it is any other state in human development. It’s certainly much easier than achieving happiness, wealth, wisdom, eternal youth, or that far-flung fantasy of “spiritual illumination.”

The other part of her message is that most people can’t resist anything with a good marketing hook, even if it is to their detriment.